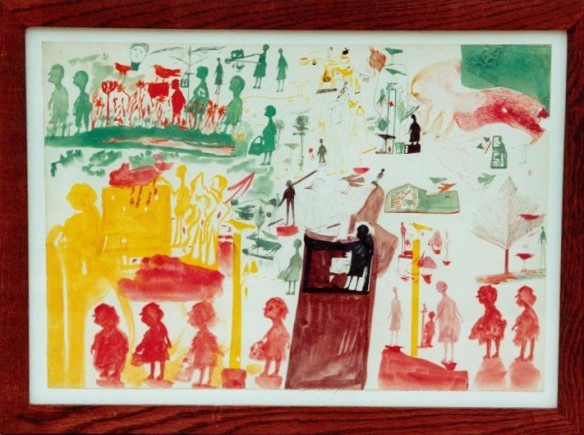 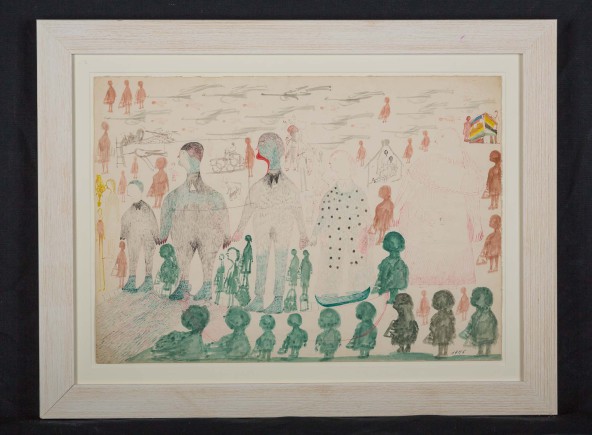 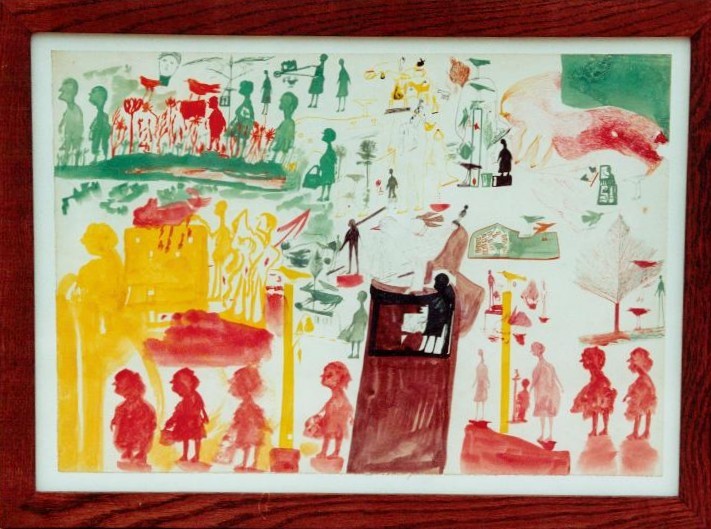 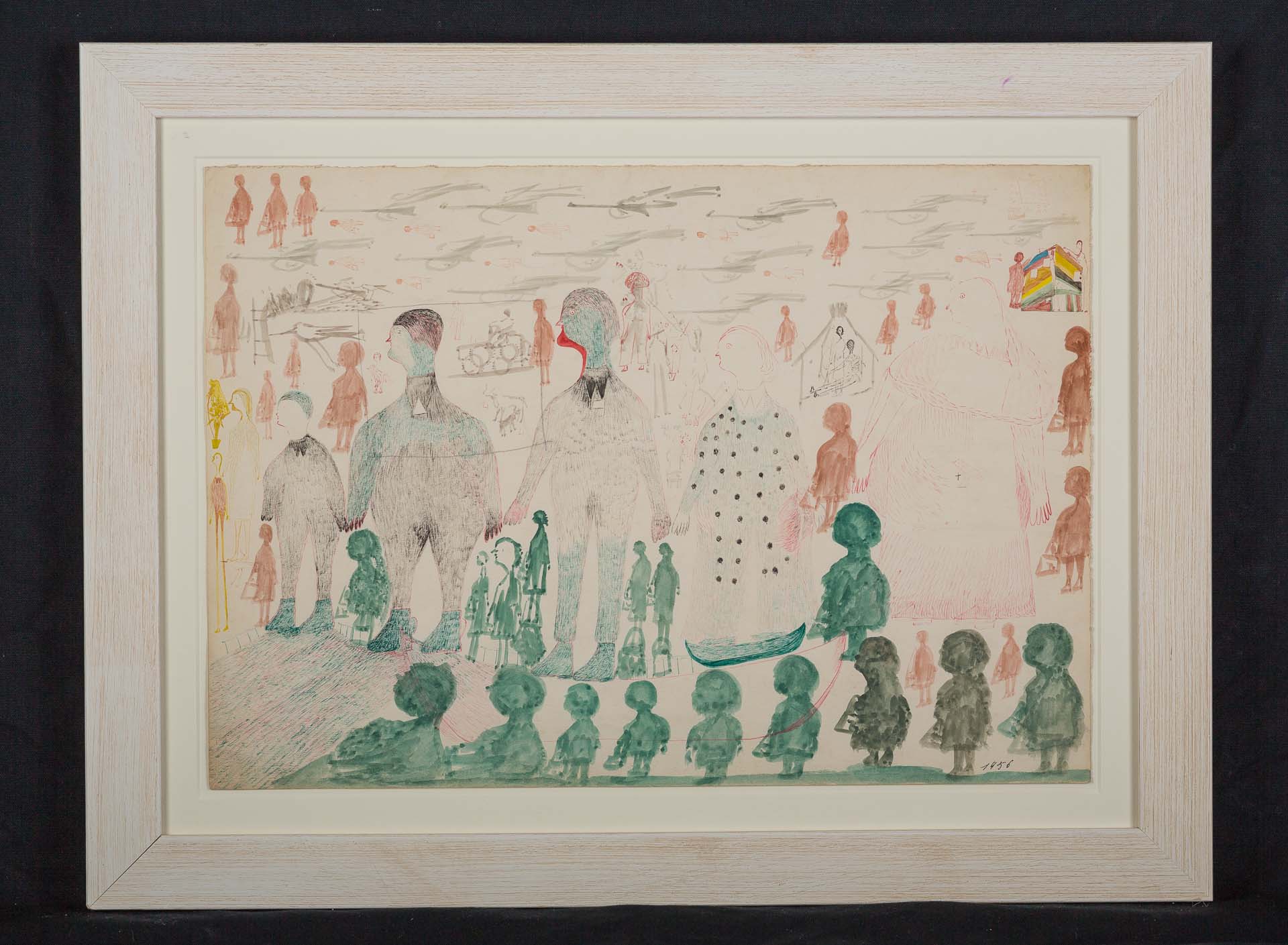 Carlo Zinelli was born in July 1916 in San Giovanni Lupatoto near Verona. At the age of 2, he lost his mother.
In 1934, after working in a butcher shop, Carlo joined slaughterhouse in Verona. In the same time, he started painting.
In 1939, he is volunteered for the Spanish Civil War but he was repatriated, placed in a psychiatric hospital in Verona in 1947 after he was diagnosed as a schizophrenic. In 1957, he was admitted to a painting workshop created by the sculptor Michael Noble and a psychiatrist Mario Marini. In 14 years, Carlo Zinelli painted nearly 3.000 canvas and many sculptures.
His art is exceptional and it is certainly an autobiographical artwork that is why we find many references to the countryside and animals like cows. Many colours and figures punctuate the work.
Carlo Zinelli didn’t know he was an artist. He creates for he needs to speak. But in 1969 Carlo Zinelli was placed in an hospital in Marzana. Disoriented by the move, he will paint only exceptionally as if he wanted to demonstrate his disagreement with his transfer.

Museum of Everything, Venice, 2013