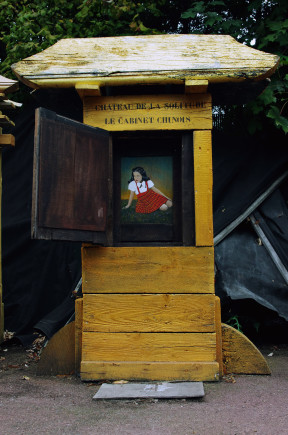 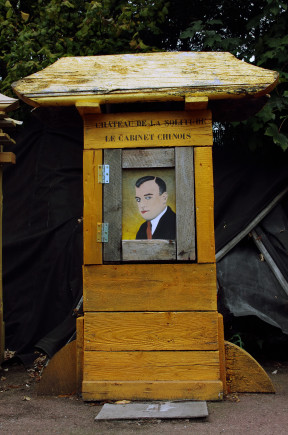 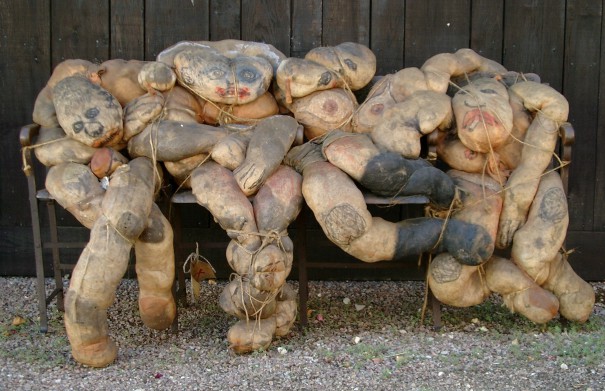 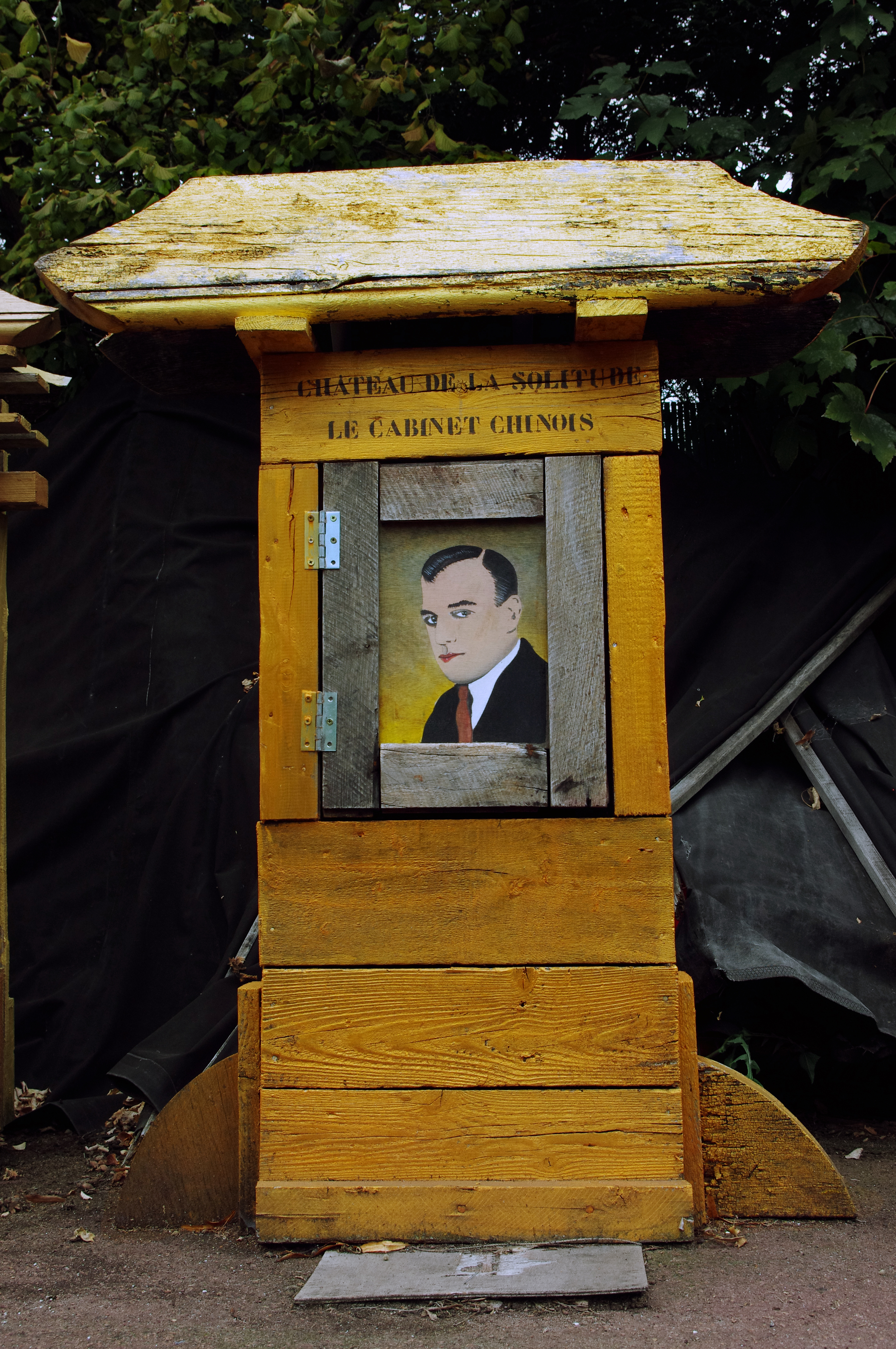 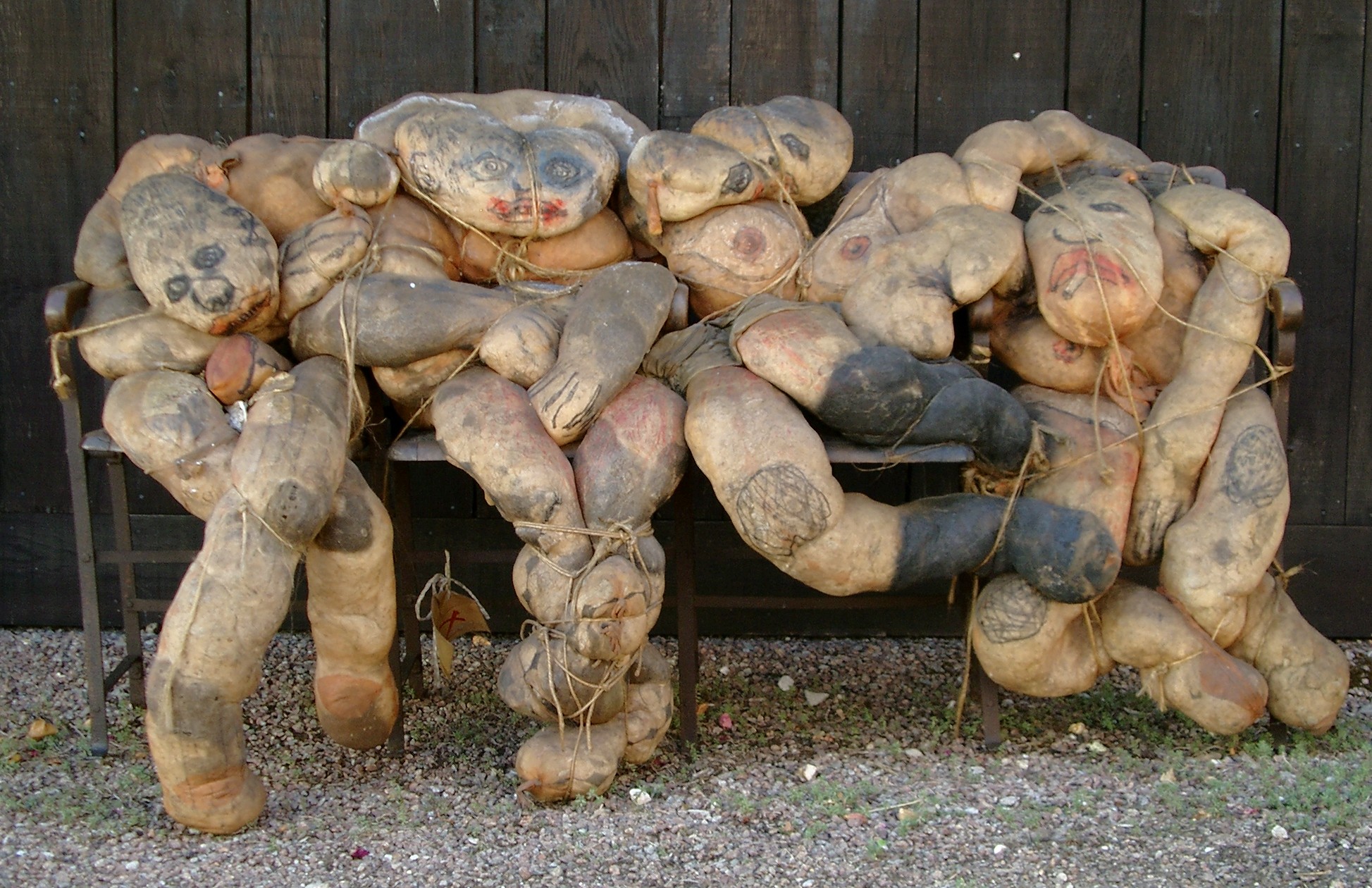 Francis Marshall,  has been born in 1946 in the area of Paris. In 1969, he begins his creative work as an outsider. After moving to the countryside, he creates approximately 400 stuffings, among which the Adventures of Mauricette in 1975, preserved at the museum of Fabuloserie-Bourbonnais. From 1990 on, he does more than 150 paintings with frames and writings. In 1996, he then locks the paintings into cupboards, in 2009, piling them up with stuffings. It will be “Le Château de la Solitude” with adjacent detached houses,  which will be presented for the first time by the gallery J.P.Ritsch-Fisch in 2011.