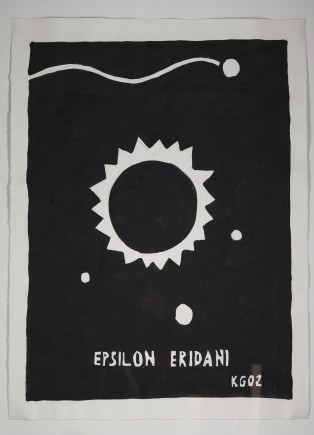 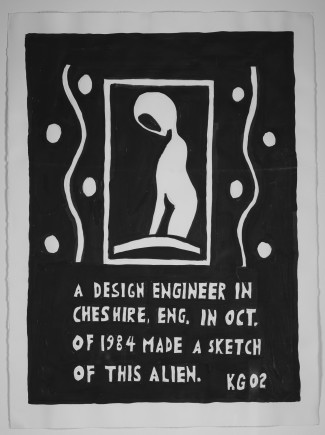 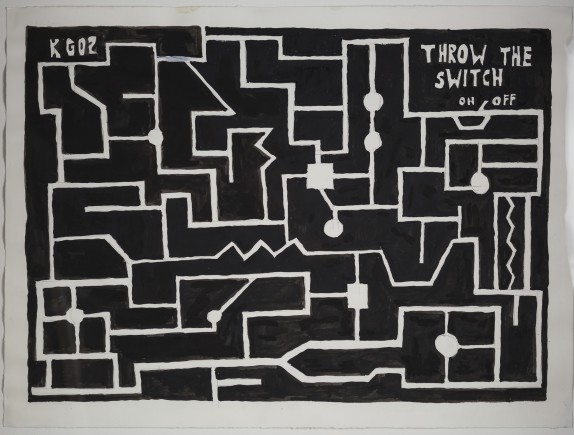 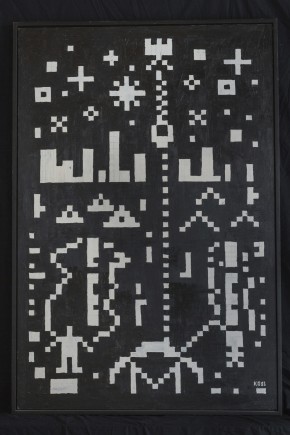 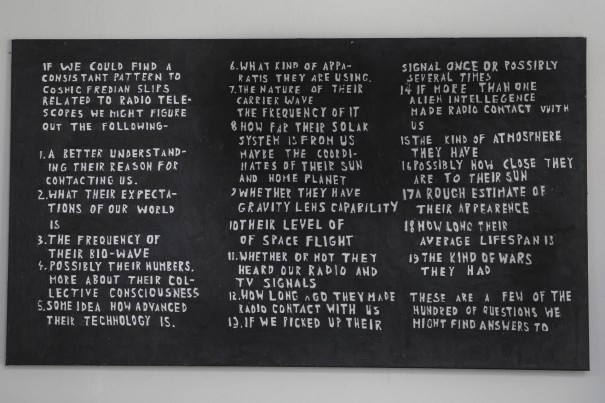 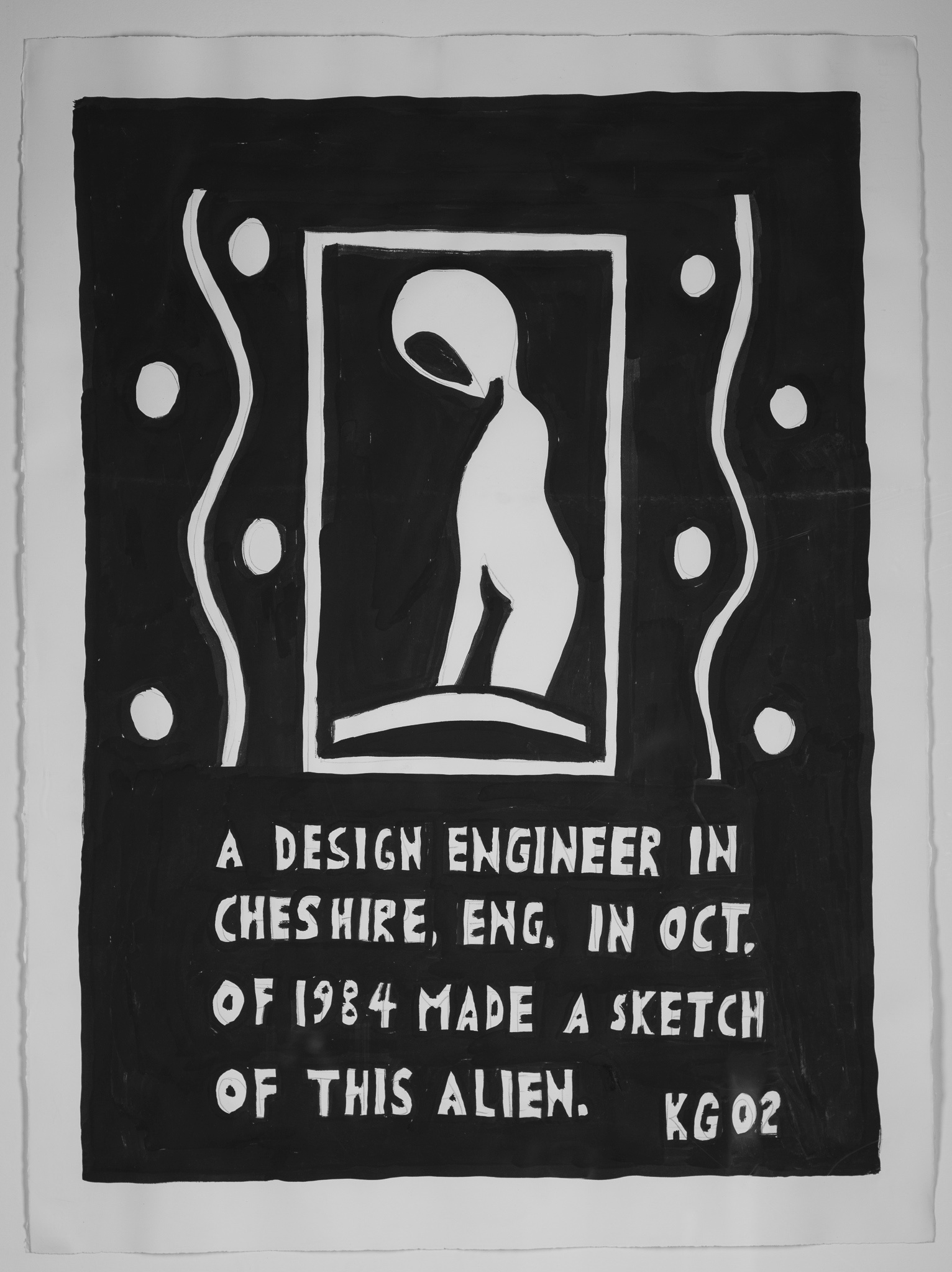 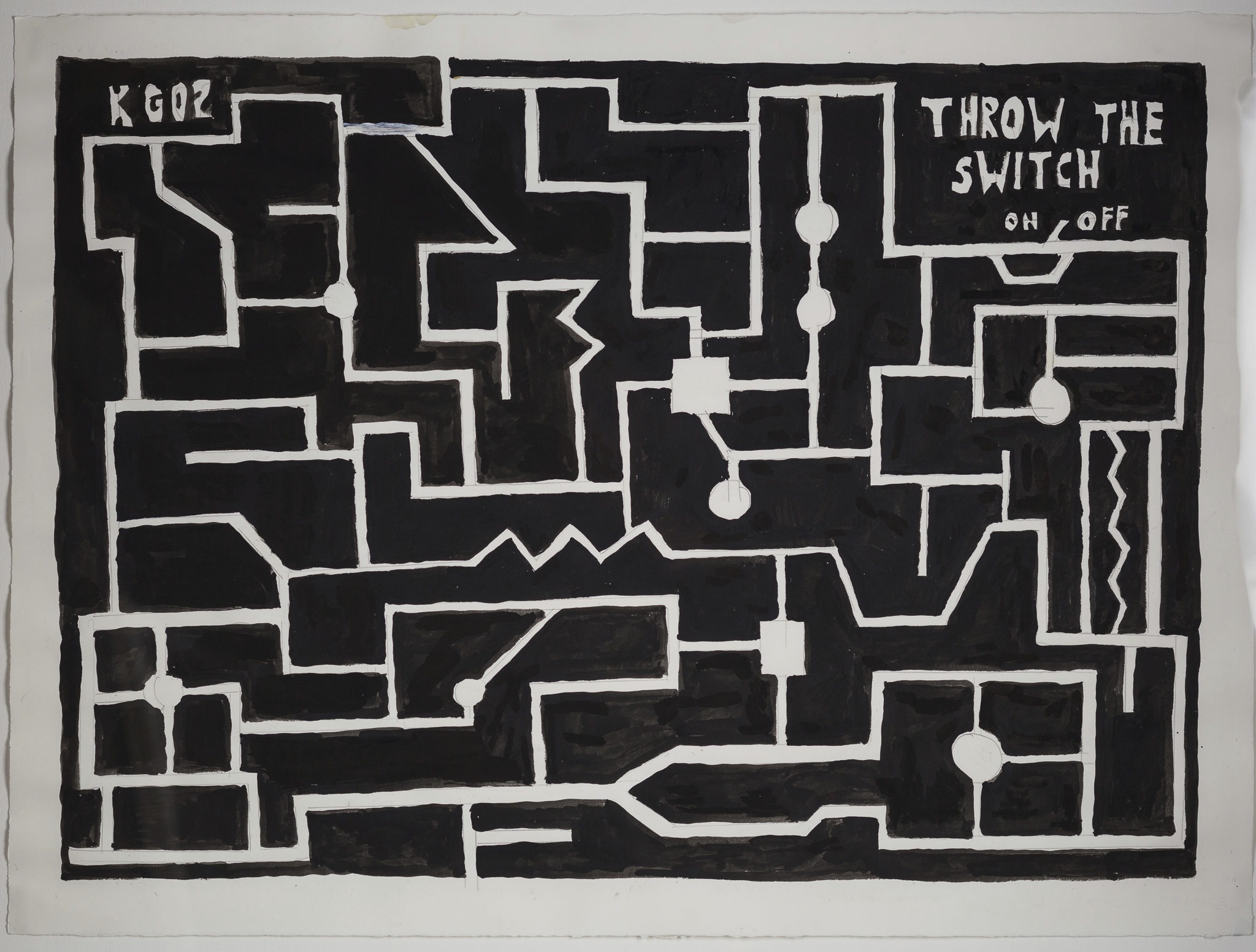 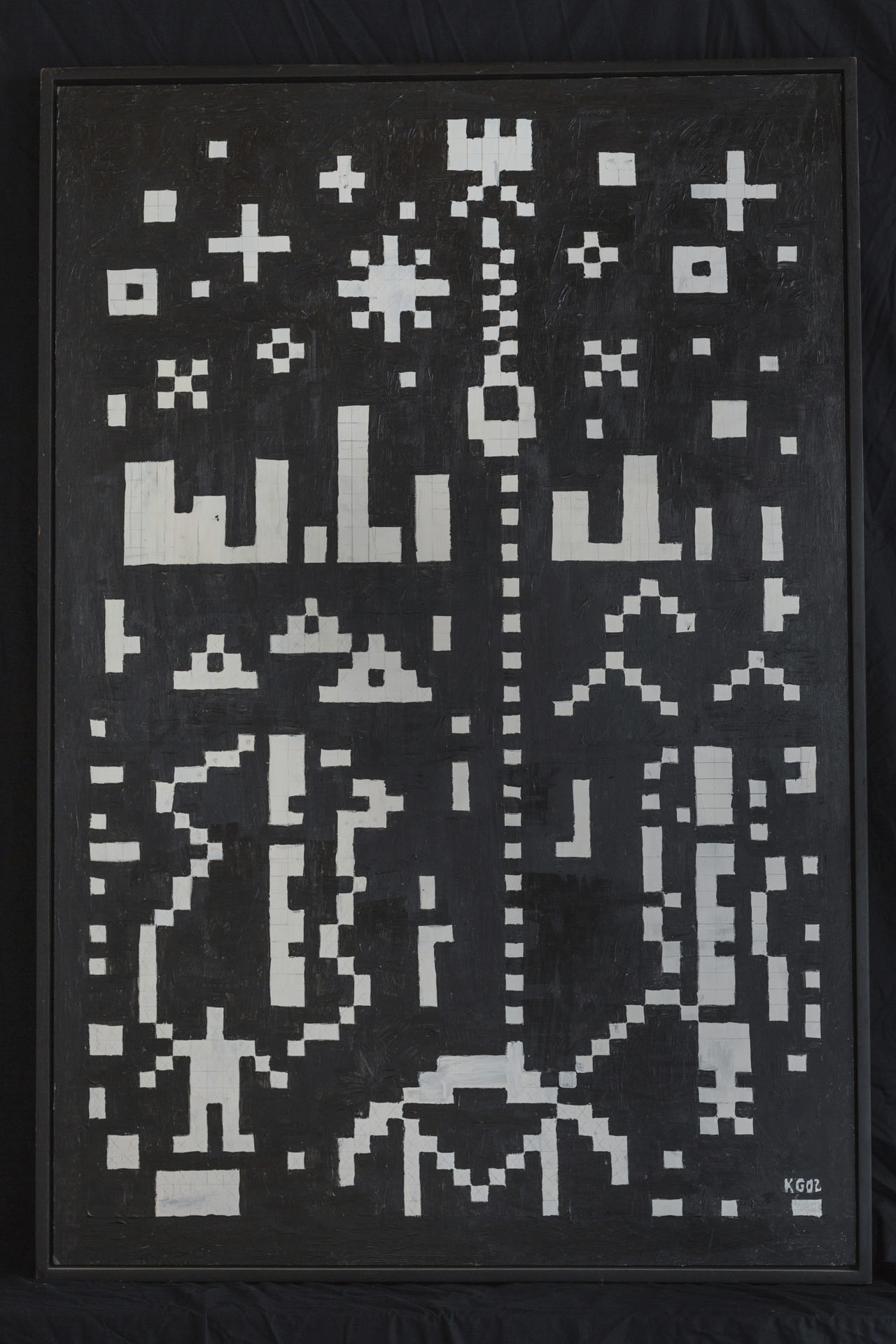 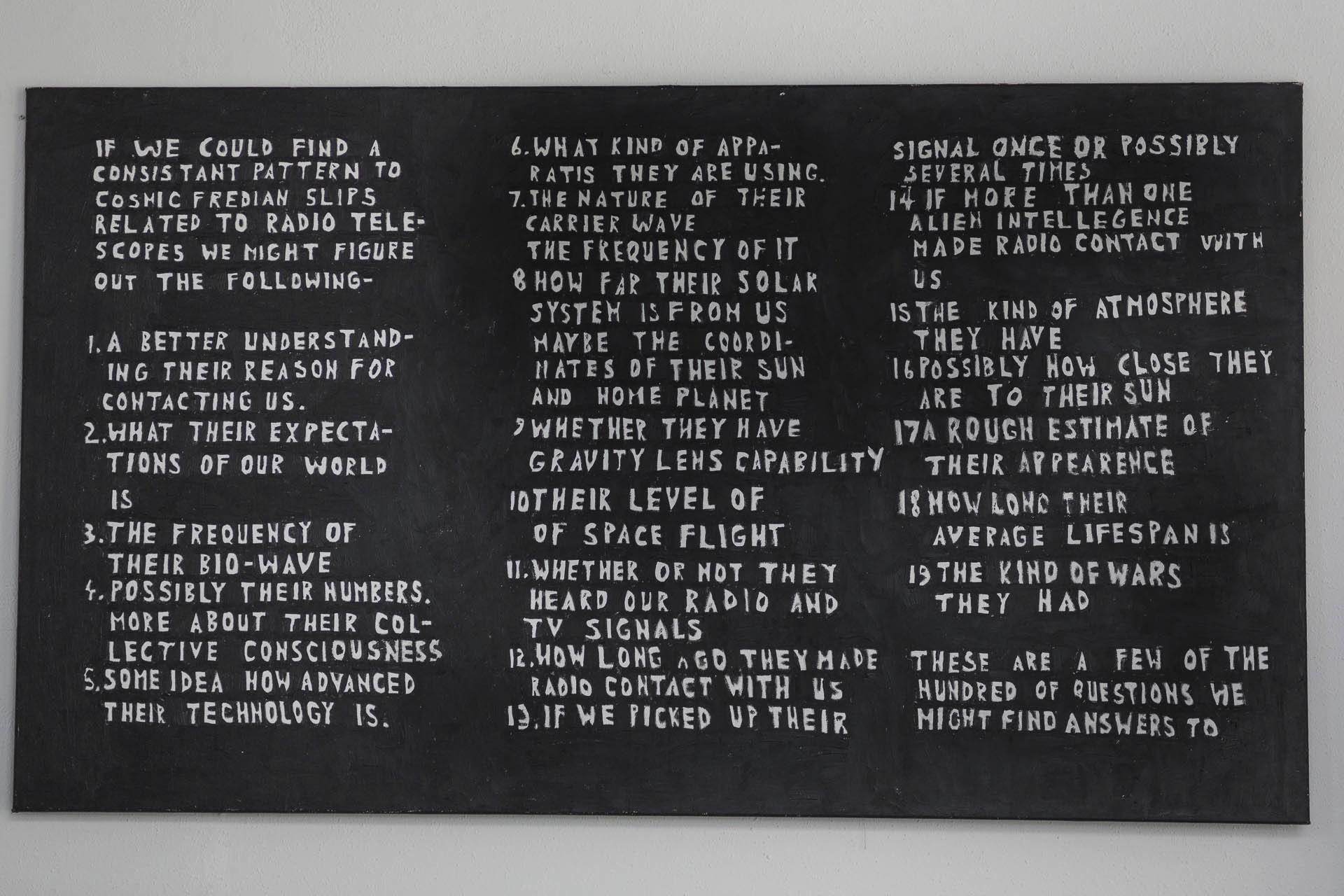 Ken Grimes was born in 1947 and lives in Cheshire in Connecticut.
He made his artworks according to the same methods; drawings and paintings in monochrome, usually black and illustrated texts and white drawings.
His main subjects are the space, extra-terrestrial life and theories related to the conspiracy on UFOs.
He suggests that many contacts with space and another life form exist. He wants to prove this foreign influence that initiates in our planet. Ken Grimes mentions UFOs, Crop Circles in his artworks that completes his work about the scientific research for example the SETI project (Search for extra-terrestrial Intelligence).
Ken Grimes found his inspiration in the public fascination and wants to prove his truth about space and extra-terrestrial life through his research.